Characteristic Features of Red Nose Pit Bulls You Should Know

Considered as one of the most aggressive dog breed in the world, red nose pit bulls have unique and interesting characteristics. Know more about this maligned breed, it's origin, temperament and obedience. 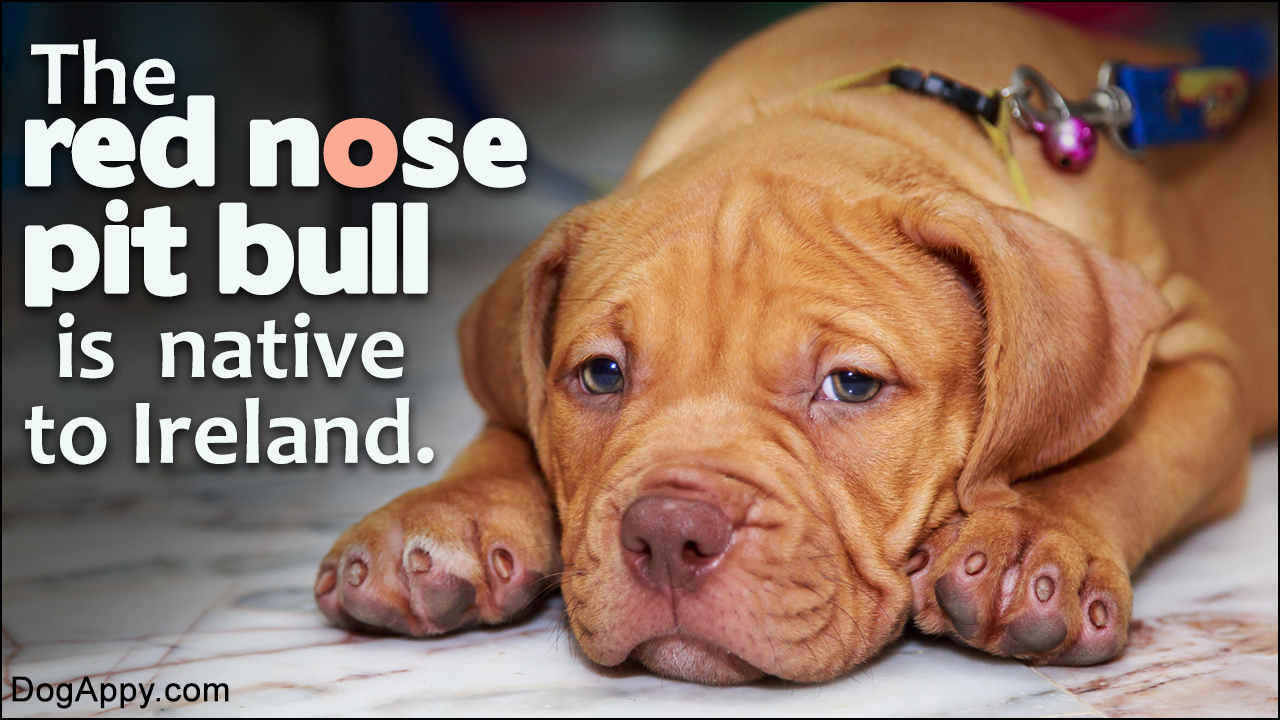 Considered as one of the most aggressive dog breed in the world, red nose pit bulls have unique and interesting characteristics. Know more about this maligned breed, it’s origin, temperament and obedience. 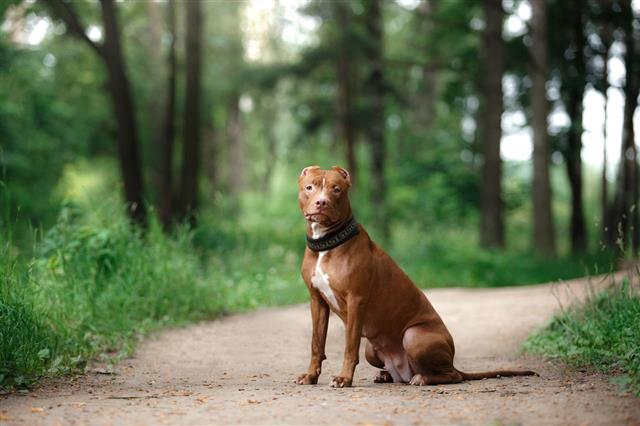 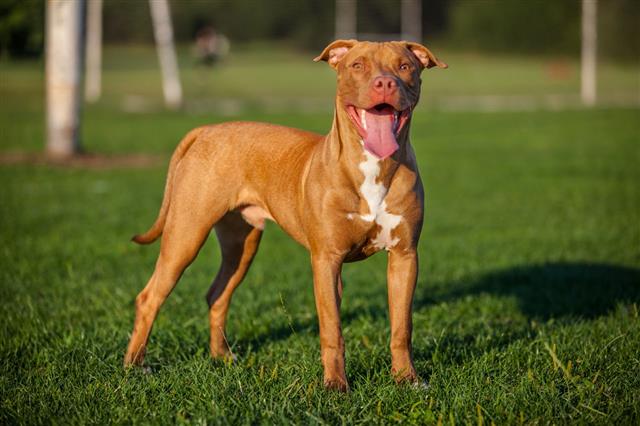 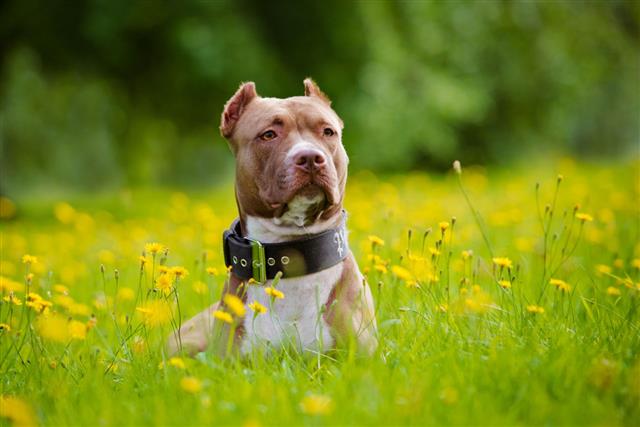 Did You Know?
that contrary to popular myth the jaws and mouth of a pit bull is not different from other dog breeds, and that pit bulls do not lock their jaws once they grab hold of something.

The red nose pit bull is a variation of the American pit bull terrier. These terriers were initially bred for working on farms, but were later used as fighting dogs. Widely reported pit bull attacks have resulted in negative publicity of this breed, and these dogs are often associated with aggression and bad behavior. However, when trained and handled properly, these dogs are non-aggressive toward humans, including children. This article discusses the actual temperament of this breed and important characteristics that make these dogs unique in their own way.

The origins of the red nose pit bull can be traced back to Ireland. In fact, this breed of dog is said to be a descendent of the strain of Old Family Red Nose (OFRN). The red nose pit bull is a result of close inbreeding of the ‘Old Family’ strain of pit bulls in the mid-1800s. They found their way to America mainly via Irish immigrants. The breed quickly gained popularity because of its tenacity and accompanying strength. Later, they were used as fighting dogs, mainly because of their gameness and aggression towards other dogs. These dogs have been bred with various strains ever since. Purebred red nose pit bulls are much sought after because they are very rare, and efforts have been made to preserve the ‘Old Family’ strain.

A pure ‘Old-Family’ red nose pit bull is usually entirely reddish in color. Patterns of white or cream color may be present on the chest and toes. They have a distinctive copper-red nose, red lips, red toe nails, and red or amber eyes. These dogs are stocky, muscular, agile, and tend to be a bit larger than normal pit bulls. The head is shaped like a brick and is especially broad between the cheeks (to house the large powerful jaws). The muscular neck runs into a deep, thick, and broad chest. The ears are generally cropped, though this is optional. The coat requires very less grooming, as it is made of short and shiny hair. The average height of this pit bull variant is 18-22 inches, at the withers, and average weight of an adult male is around 35-65 pounds, with females weighing slightly less.

The pit bull breed, including the red nose pit bull, is misunderstood by most people, largely because of the unfavorable press it has received over the years. They are often labeled as vicious and dangerous. So much so that in a few parts of the world, it is actually illegal to own a pit bull. However, one should know that the reports about aggressive behavior are based on dogs that have been originally bred for fighting, and have experienced much abuse and maltreatment. Any breed of dog that receives such kind of treatment will display aggression.

Although the red nose pit bull (as well as other types of pit bulls) may appear aggressive and hot-tempered, they are actually quite playful and friendly. The breed’s natural aggressive tendencies are mainly towards other unfamiliar dogs and animals. However, if they are properly socialized and trained they will not be aggressive towards anyone. They are highly protective of their owners and their owner’s property, but are friendly once they sense there is no threat. This breed needs a firm owner, and is not recommended for first-timers as they can be stubborn with meek owners.

Red nose pit bulls must be well socialized and trained when they are young to avoid aggressive behavior. They may have a streak of stubbornness in them, but are very courageous, intelligent, and always ready to please their owner, which makes them highly trainable. The very fact that they were trained to get into bloody fights, even though most of them used to be grievously injured, just shows how loyal and trainable these dogs are. Red nose pit bulls are filled with enthusiasm and excel at obedience, tracking, and agility training.

This breed is generally robust and healthy. However, some are prone to genetic and non-genetic health problems which include hip dysplasia, hereditary cataracts, allergies, and heart diseases.

Red nose pit bulls prefer warm weather. They can live in apartments, as long as they get plenty of exercise. Daily walks and exercise is a must, these dogs are very energetic and tend to be unhappy without sufficient exercise. The breed’s agility makes it one of the most capable canine climbers, so good fencing around the house is a must.

If you are planning to get a pit bull puppy home, you will have to do some research first, like you would do for any other breed of dog. However, there are some special considerations to take into account for the pit bull breed.

Train and Socialize Early: You need to keep in mind that this breed requires lots of training and socializing, for which you will have to set aside a considerable amount of time. Plus, get a pit bull only if you truly love this breed, and want him/her as a loving friend and companion, not to impress others or merely as a conversation piece.

Supervise around Unfamiliar Children/Animals: Even though this breed is friendly and playful, it is not recommended to leave pit bulls unsupervised around children/animals who are not familiar. Pit bulls are very protective about their owners and their property, and can attack.

Adopting or Buying: As is the case for any dog breed, it can be bought from a reputable breeder or adopted from a rescue home. Dogs who are ill-treated in the past show aggressive traits, also dogs who are not bred well start having health problems early. Make a thorough check of the dog’s antecedents, visit them and find out how they treat and breed them. Adopting a pet from a local rescue is also an option. Advocates of animal adoption prefer it over buying from a breeder, because adopting helps save a life. By adopting from a rescue, you give a home to an animal in need of a shelter. Pets in rescues are animals that were abandoned by their owners or those which were rescued from streets. During their stay in the rescue homes, they are trained, groomed and given proper medical care. Many rescue groups offer veterinary care and training services post-adoption.

All in all, red nose pit bulls can be considered as loyal and loving pets. They also display a lot of love and affection for all members of the family, and have the ability to get along well with both the old as well as the young. However, it should be noted that this breed exhibits some level of dog aggression, and have a very powerful physique, thus it requires an owner who will carefully socialize and train the dog. 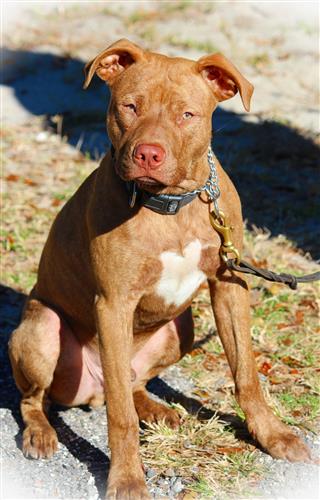 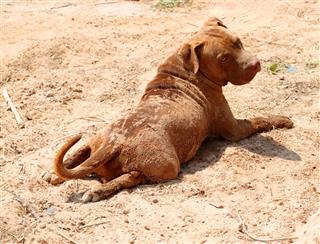 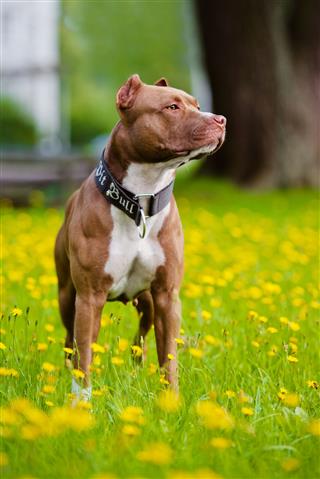