If you own a black schnauzer puppy, then you already know that they’re one of the most fun dog breeds to own. Schnauzers have a characteristic look and a wild personality which make them a blast to own.

The black schnauzer puppy originally hails from Germany but has since spread all throughout the world. Nowadays, schnauzers are revered for bringing happiness, cuddles, and laughter to families across the globe.

Here are some of the most fascinating facts that make the black schnauzer puppy even more exciting.

The Black Schnauzer Puppy Has a Unique Temperament

I feel like you could tell this just by getting a good glimpse of a schnauzer, but it’s worth saying that schnauzers have a unique temperament.

Compared to other terriers, which are purebred hunters (even though they tend to prefer hunting tiny rodents) schnauzers aren’t nearly as aggressive. They still make good guard dogs, despite their size, but they’re generally just good companions.

The word ‘schnauze’ is actually the German word for ‘snout,’ and as you can see from the schnauzer’s mug, there’s plenty of snout to go around.

Their Whiskers are Protective

While the whiskers of your schnauzer might just serve to make it look funny nowadays, they used to serve an important function. When the schnauzer was bred to hunt vermin on farms, its long whiskers tended to mat together. This prevented the dog from getting bitten by its prey.

The Schnauzer Is a Versatile Pup

The schnauzer was originally used for a lot of different reasons. They worked as guards that protected livestock, they hunted vermin on farms, and they were used as guard dogs who protected their owners both at home and on their journeys to the market.

Schnauzers were perfect for all these jobs because they were small enough to transport easily but big and heavy enough to ward off predators.

The Schnauzer is Hypoallergenic

The schnauzer is a hypoallergenic dog because of its fur. The schnauzer has a wiry coat that tends not to shed very often. This means that people who are sensitive to dog fur can keep these dogs around as pets without worrying too much about keeping them off the couch.

On top of that, their wire hair prevents dirt from getting easily stuck to them which means that you don’t need to bathe them too often.

Schnauzers are one of the most vocal dogs around. If there’s a schnauzer in the house, you’re probably going to be aware of it. If you don’t start out early training your black schnauzer puppy not to bark all the time, then you’ll need to prepare for a loud companionship.

…Except for When They Don’t

People who meet your schnauzer while you’re out on a walk will probably think that they’re all energy and talk. But that’s not always the case. Schnauzers are also known to love cuddles and naps once they’re comfortable at home. 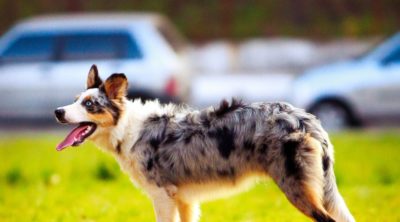 All About the Brown Australian Shepherd Puppy

If you're the owner of a new dog, congratulations! We're sure you'll develop an amazing … END_OF_DOCUMENT_TOKEN_TO_BE_REPLACED

Rashes are pretty common - among both people and dogs. If you're noticing a rash on puppy … END_OF_DOCUMENT_TOKEN_TO_BE_REPLACED

If you really want to pamper your puppy, then there's really nothing better than putting … END_OF_DOCUMENT_TOKEN_TO_BE_REPLACED

So you've had a baby. Amazing! And you've got a puppy. Cute! But wait - did you get both … END_OF_DOCUMENT_TOKEN_TO_BE_REPLACED