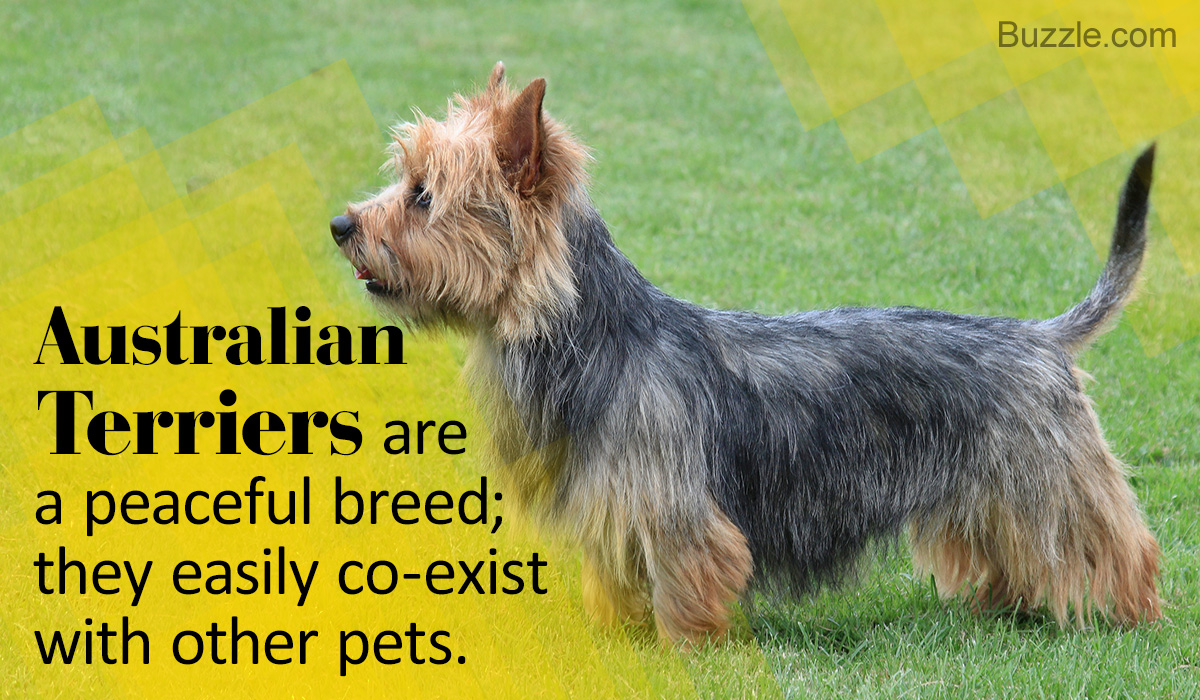 The Jack Russell is a small terrier breed characterized by a white, rough skin coat. Its length ranges from 10 to 15 inches and weighs between 14 and 18 lbs. The lifespan of these sturdy and tenacious canines ranges from 13 to 18 years.

The Jack Russell Terrier is primarily a hunting dog. It is named after John Russell, who first bred the dog. It is known for being athletic and fearless and thus, is widely used for different kinds of dog sports. Generally, Jack Russells don’t suffer from major health problems. However, you need to watch out for health issues like myasthenia gravis, cataracts, congenital deafness, ataxia, patellar luxation, and ectopia lentis.

As the name suggests, these breeds are a result of a cross between the Jack Russell Terrier and other breeds. An account of the characteristics of these crossbreeds can be found below.

Cocker Spaniels are docile and therefore, they can be trained without much trouble. These cuddly and lovable dogs are loyal to their owners. However, they are not considered good guard dogs. Cocker Spaniels are known for prolific hair growth. It also means the owner has to deal with the problem of shedding frequently.

In contrast, Jack Russell Terriers are energetic dogs, so the mix between them and Cocker Spaniels results in an active and playful dog. It is important to note that few Cocker Spaniels may suffer from ‘Rage Syndrome’, wherein they exhibit sudden rage. It is quite rare though, and most dogs never show any signs or symptoms associated with it.

The Shelties, just like Jack Russells, are energetic and hardworking dogs. Thus, it is obvious that the resultant mix requires regular exercise for maintaining good health. It takes an experienced dog owner to train these active and energetic dogs. Use only positive force-free training mixed with mentally stimulating games and you will have one happy doggo. They need enough space to play and stretch their limbs; therefore, they are not suitable for the enclosed environment of apartments.

Abnormalities of knees (patellar luxation) and hips (hip dysplasia) are among the important health issues observed in these dogs. In some cases, problems associated with eyes are also observed. 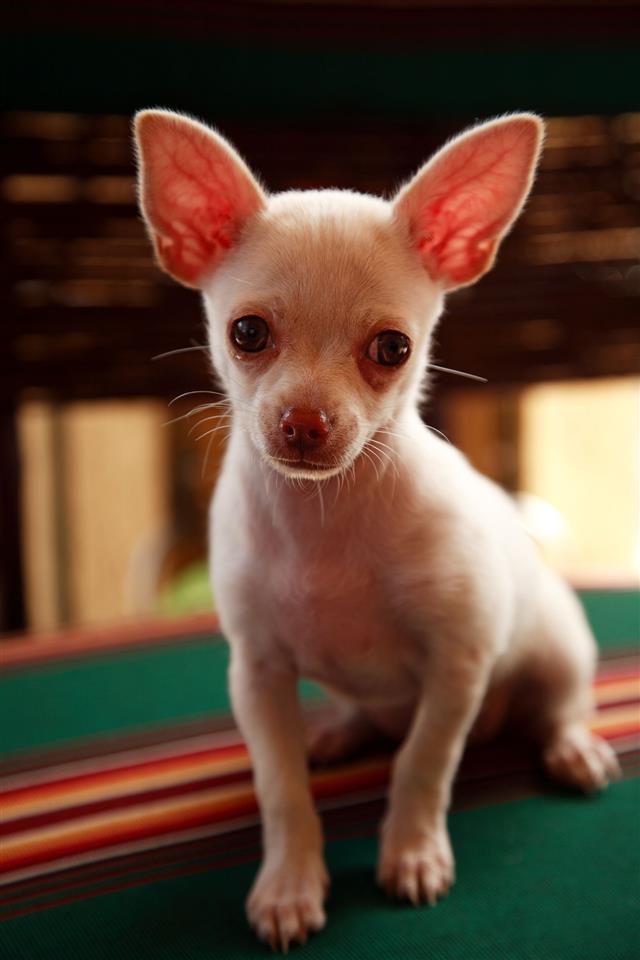 Jack Chi, the mix of Chihuahua and Jack Russell Terrier, is a companion dog. It is smaller than its Terrier parent and has a shiny coat and short hair. So you don’t have to worry about its care and maintenance. Generally, the coat is white; however, shades of black and brown can also be found. These dogs are highly energetic and playful.

You will have to buy some chew toys because the Jack Chi needs something to chew constantly. Regular exercise is necessary to keep it in a healthy state. The Jack Chi weighs between 5 and 10 lbs; it is 15 inches tall at shoulders. The brown/black eyes of this dog are almond-shaped and its face is triangular.

Dental problems (tartar build-up and plaque), hydrocephalus (fluid build-up around the brain), and hypoglycemia (results from excess burning of energy) are some health problems which the Chihuahuas suffer from. So, you need to keep an eye out for the symptoms of these.

The mix of Maltese and Jack Russell Terrier results in a small-sized dog. The Maltese are a toy dog with a maximum height of 10 inches. It has a pure white coat. The mix can either be completely white or have spots on the coat. The height of the mix between these dogs would be nowhere near Jack Russell. The mix of these breeds is more like the Maltese; gentle and playful.

Tooth decay, gum infection, bladder stones, luxating patella, and licking (which turns the skin pink) are amongst the health problems observed in Maltese dogs. Whilst breeding, elaborate measures are taken to avoid the occurrence of these health problems. However, one should stay vigilant and look out for them.

This breed inherits the black and white coat of the Dalmatian, and measures anywhere between 13 and 24 inches. The Jack Russell-Dalmatian mix is considered one of the best guard dogs, which isn’t surprising as both parent breeds are renowned for their guard dog instinct. It needs regular exercise and mentally challenging engaging games to maintain it’s physical and mental health.

This mix breed is a cross between a herding breed and a hunting breed. The inherent traits of Australian Shepherds make it easy to train them; a purebred Jack Russell cannot be trained that easily. The health problems commonplace in Australian Shepherds include seizures, coloboma of iris, cataract, and patent ductus arteriosus (a heart disease). Other health issues that are likely to affect the mix include the Von Willebrand disease (vWD), hip dysplasia, and deafness (hereditary).

The characteristics of Fox Terriers and Jack Russell Terriers are very similar. Therefore, the mix of these two breeds inherits the same traits as their parents. Fox Terriers have an elongated muzzle and long legs.

Allergies that lead to itchiness are commonly observed in Fox Terriers. Other conditions observed in these dogs include megaesophagus, a condition in which food cannot enter the stomach as the esophagus becomes enlarged, and Distichiasis, i.e., inward growth of eyelashes which irritates.

A mix between American Pit Bull Terrier and Jack Russell results in a highly energetic breed, with a muscular body and strong jaws. The Jack Russell-American Pit Bull Terrier mix is so energetic, that it is a challenging task to handle it, which becomes even more difficult if it is not trained from early on. It takes a responsible and experienced dog owner to take care of such a dog.

Of the numerous widely circulated myths, one in particular speaks of the two breeds, the highly energetic Jack Russell and equally enthusiastic American Pit Bull producing a deadly combination. The fact, however, is that no dog breed is aggressive as such, and everything boils down to how it is trained. Positive reinforcement training and no-harm dog philosophy are recommended.

If you take good care of the dog, it will live up to the age-old adage, a dog is a man’s best friend. There is no dearth of dog owners who own an American Pit Bull Terrier-Jack Russell mix breed and find it very affectionate.

The Basset Hound dog is known for its characteristic short legs and long body. However, they are equal in height to Jack Russell Terriers. One of the notable traits of Basset Hounds inherited by the mix breed is the sharp sense of smell and big ears.

The sense of smell is enhanced due to its big ears. Bassets are calm, non-aggressive, and relaxed, so one can expect a family-friendly dog that is less active than the Jack Russell Terrier.

Housebreaking Basset Hounds can be difficult owing to their stubborn nature. The mixed breed is likely to inherit this trait. High energy levels and fearlessness are some traits of Jack Russell Terriers inherited by these dogs.

The common health problems observed in basset hounds are blood-clotting diseases, luxating patella, elbow dysplasia, osteochondritis, intervertebral disk diseases, etc. You need to look out for such problems in the mix.

The Jack Russell-Yorkshire mix is calm compared to purebred Jack Russell Terrier. The Yorkshire Terrier breed is known for its silky and glossy coat, which is inherited by the mix breed. You need to be well-versed with the grooming part, to take proper care of its skin coat. The mixed-breed may also inherit the coarse hair of Jack Russells. This terrier mix dog may not need as rigorous exercise as a Jack Russell.

Hepatic lipidosis, bronchitis, and cataracts are among the common health problems observed in Yorkshire Terriers. 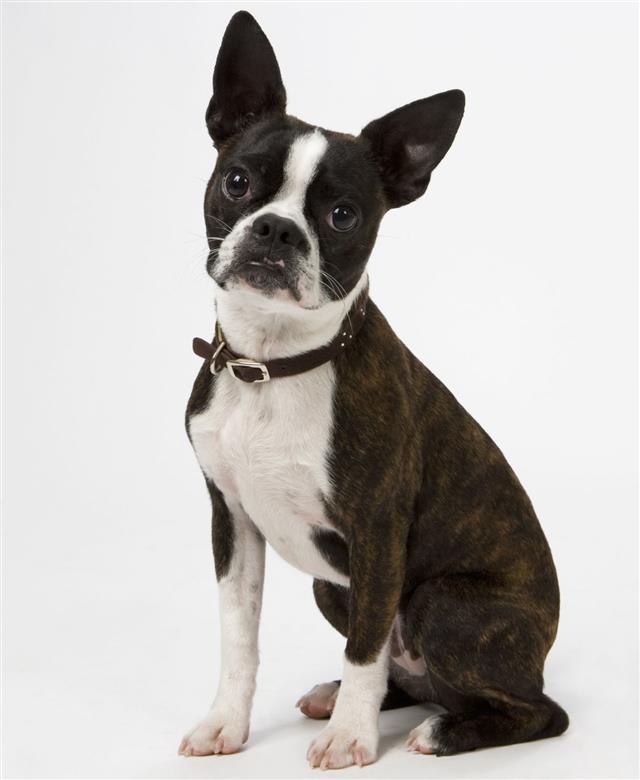 Physical strength, excitability, independent nature, and other such characteristics of the Jack Russell are seen in this breed.

Cataracts, corneal ulcers, mites, allergic dermatitis, and patellar luxation are the health issues observed in Boston Terriers, which may affect the mix breed.

The Westie or West Highland Terrier is characterized by a shaggy and long white coat. Despite the long coat, Westies don’t shed. It is likely to exhibit the problem of hair shedding only if it inherits the traits of Jack Russell. Having said that, the owner is required to spare time for grooming the dog. The maximum height of the Westie is 11 inches, while that of Jack Russell Terriers is 15 inches.

Grooming doesn’t just help enhance the appearance of the coat, but also makes the dog feel comfortable and allows the development of a hard coat. A wide-toothed comb should be used for body hair. Shorter combs, on the other hand, should be used for the hair present on the head and ears. You should start grooming from the head and eventually proceed to the shoulders and rest of the body.

While trimming the nails, you have to be careful to not damage the nail quick, i.e., the red-colored portion which supplies blood to the nail. Trim the nails with soft hands up to the point where you see the nail quick.

There is a great demand for Jack Russell Terrier mix breeds in the market; the characteristics presented in this article should enable prospective owners to choose a suitable one.

If you're the owner of a new dog, congratulations! We're sure you'll develop an amazing … END_OF_DOCUMENT_TOKEN_TO_BE_REPLACED

Rashes are pretty common - among both people and dogs. If you're noticing a rash on puppy … END_OF_DOCUMENT_TOKEN_TO_BE_REPLACED

If you really want to pamper your puppy, then there's really nothing better than putting … END_OF_DOCUMENT_TOKEN_TO_BE_REPLACED

So you've had a baby. Amazing! And you've got a puppy. Cute! But wait - did you get both … END_OF_DOCUMENT_TOKEN_TO_BE_REPLACED