Interesting Facts About the Strong and Aggressive Brazilian Mastiff

The Brazilian Mastiff is one of the popular large working dog breeds hailing from Brazil. DogAppy brings you some of the most interesting facts about the Fila Brasileiro. 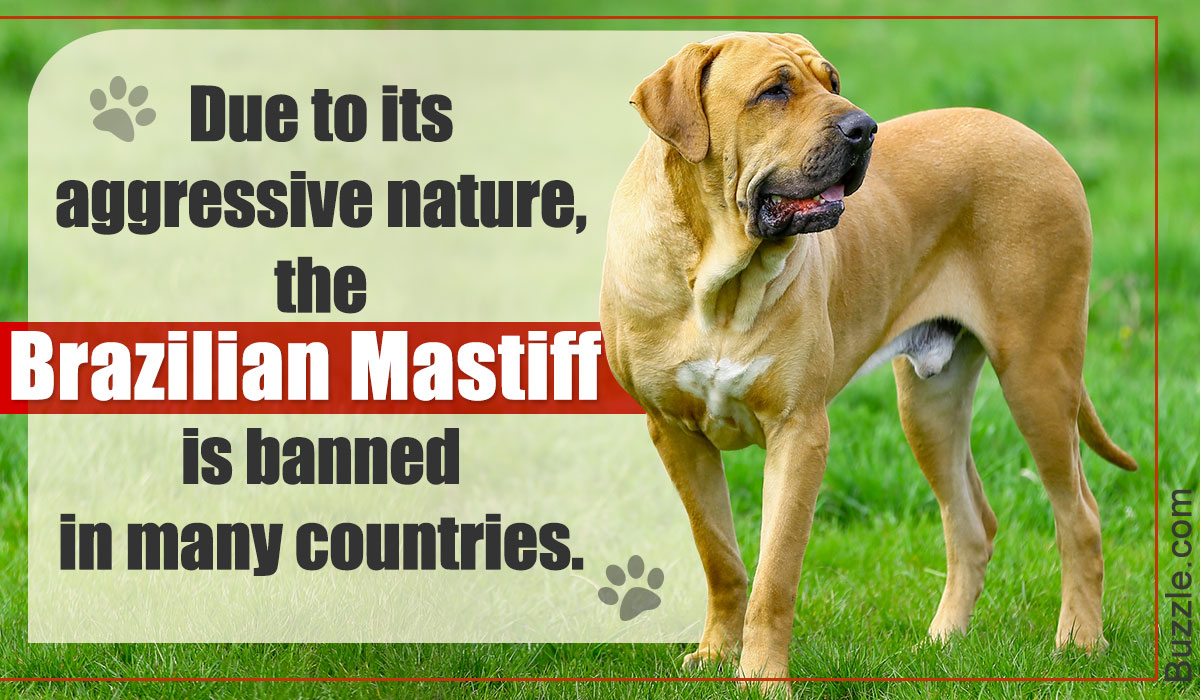 The Brazilian Mastiff is one of the popular large working dog breeds hailing from Brazil. DogAppy brings you some of the most interesting facts about the Fila Brasileiro.

Outside South America, the Brazilian Mastiff is a rare breed. For one, the price of a pup is very high, and it is often difficult to find a breeder, and even if one manages to do so, there are long waiting lists.

The Brazilian Mastiff, scientifically known as the Canis lupus familiaris, is a large dog breed that is native to Brazil. This working dog breed, also known as Fila Brasileiro, is famous for its aggression, hostile, and impulsive temperament, and an excellent tracking potential. It is precisely due to these very personality traits that the Brazilian Mastiff is used as a guard dog, and also a shepherd dog to control the livestock, especially while herding. Moreover, it is also used as a hunting dog, mainly on large farms. However, it is also worth mentioning that owing to its aggressiveness and hostile nature, this dog breed is also legally banned in several countries across the world. This DogAppy article will give you some interesting information about the Brazilian Mastiff.

◆ Though it calls Brazil its home, the Brazilian Mastiff is said to have evolved from four different ancestors viz., the English mastiff, the Bloodhound, the Bulldog, and the Rafeiro do Alentejo.

◆ According to historical sources, the breed originated primarily on livestock farms and large plantations.

◆ Initially, as their inherent tracking potential and aggressiveness became apparent, they were trained to chase animals such as cattle, cats, and even jaguars.

◆ When slavery was legal in Brazil, Brazilian Mastiffs were also trained to track down runaway slaves. As they did with most other animals, these dogs caught the slaves by their necks, and did not leave them until their masters arrived.

◆ In the year 1946, the first written standard of the Brazilian Mastiff breed was published. Thereafter, the responsibility of planning and executing breeding programs for these dogs, and to carry out proper registrations was given to the Paulistas, the residents of the Brazilian state of São Paulo.

◆ Today, the Brazilian Confederation Kennel Club (CBKC) looks after all the registries of these dogs in keeping with the regulations of the Federation Cynologique Internationale (FCI).

◆ As far as the United States is concerned, the American Kennel Club (AKC) does not recognize the Fila Brasileiro breed. However, it is recognized by the American Rare Breed Association (ARBA). 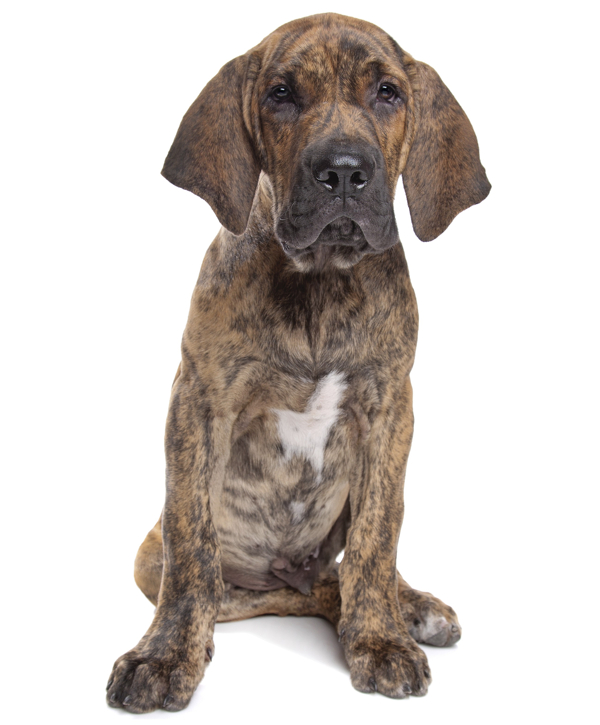 Brazilian Mastiff with a Brindled Coat

◆ As mentioned above, the Brazilian Mastiff is a large canine breed with a loose, pendulous skin. These dogs have a long and deep snout, making their bloodhound ancestry even more apparent.

◆ Adult males usually stand between 65 cm and 75 cm in height. Moreover, their normal weight is generally between 110 lbs to 180 lbs.

◆ On the other hand, the females are a slightly smaller than their male counterparts. They are about 60 cm to 70 cm in height, and their minimum weight is about 90 lbs. 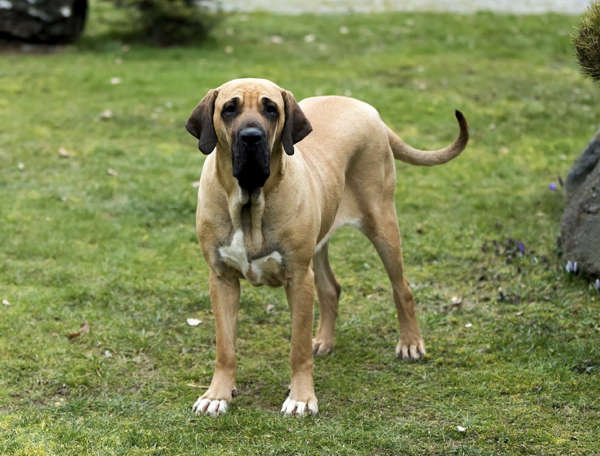 ◆ They have massive bodies, rectangular in shape, with large ears and a broad chest.

◆ While the legs are extremely the strong and heavily boned, their loose, thick skin often tends to form conspicuous dewlaps.

◆ The Brazilian Mastiff bears a rather soft coat, which is short yet thick. Some of the typical coat colors include black, mouse gray, tan, and the shades of fawn viz., red, apricot, or dark. Some Brazilian Mastiffs also bear brindled coats.

◆ It should be noted that there do exist, though extremely rare, white-colored Brazilian Mastiffs. 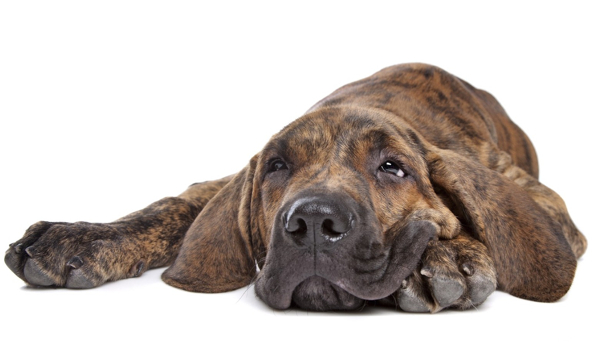 ◆ A famous Brazilian saying goes, “As faithful as a Fila”. This, in a nutshell, tells us about the nature of the dog in general.

◆ While they are known to be hostile to strangers, Brazilian Mastiffs are also popular for their loyalty towards their masters. Moreover, if trained properly, their aggressive nature can be utilized for protecting and defending their owners.

◆ Owing to the fact that they are a rather aggressive breed, it is very important that their temperament training is undertaken right from a young age. The older they grow, the more challenging it becomes to train them.

◆ Furthermore, if you own a Brazilian Mastiff, it is extremely essential that you let the dog socialize with other dogs and people, right from a young age. This helps in making its temperament a little calmer and less hostile. Moreover, socializing also helps pacify the dog’s territorial instincts.

◆ When the Brazilian army conducted a comparative study of the Brazilian Mastiff, Doberman Pinscher, and German Shepherd dog breeds over a five-year period, it was found that the former was more sensible, temperamentally fit, energetic, strong, rustic, and resistant than the other two breeds. Moreover, intelligence-wise, it was second to the German Shepherd, and in aggression, it followed the Doberman Pinscher.

Other Information About the Brazilian Mastiff 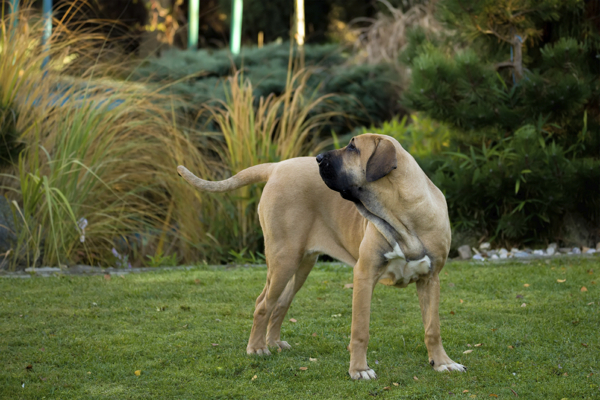 ◆ Owing to their size and temperament, it should be noted that Brazilian Mastiffs are not suited to live in the cities, where houses often tend to be small, and the place for roaming around is also limited. Instead, they are more suited for rural life, where they can work off their energy by running around a big fenced-in yard that they may have for themselves.

◆ Because it is a large breed, it is essential that they get regular and adequate exercise. While this will help keep most health issues at bay, walking them daily is also necessary.

◆ They are prone to most ailments that large breed dogs generally tend to suffer. These include hip dysplasia, gastric torsion, and elbow dysplasia. Bloating is also a common problem.

◆ The life span of Brazilian Mastiffs is rather short, and ranges anywhere between nine to eleven years.

◆ In many countries across the world, the Brazilian Mastiff is a banned breed (unless one has proper permits). These include the United Kingdom, Cyprus, Norway, Denmark, Malta, and Israel.

◆ In Australia, it is a restricted breed owing to its danger quotient. Moreover, in New Zealand and Trinidad & Tobago, they are classified as “dangerous dogs”. While their import is banned in these countries, the males are required to be neutered.

If you are looking for a watchdog that is massive and powerful in appearance, and also have a lot of place to keep it, then the Fila Brasileiro is the right breed for you. However, if you want a dog that does not need too much space, and is relatively docile in nature, the Brazilian Mastiff might not be the right breed for you. You may opt for a milder, smaller breed.