This gregarious shaggy dog is an extremely alert livestock guardian and can look like a calm sheep among the flock due to its natural white matted coat. Discover some amazing facts about the Komondor dog breed. 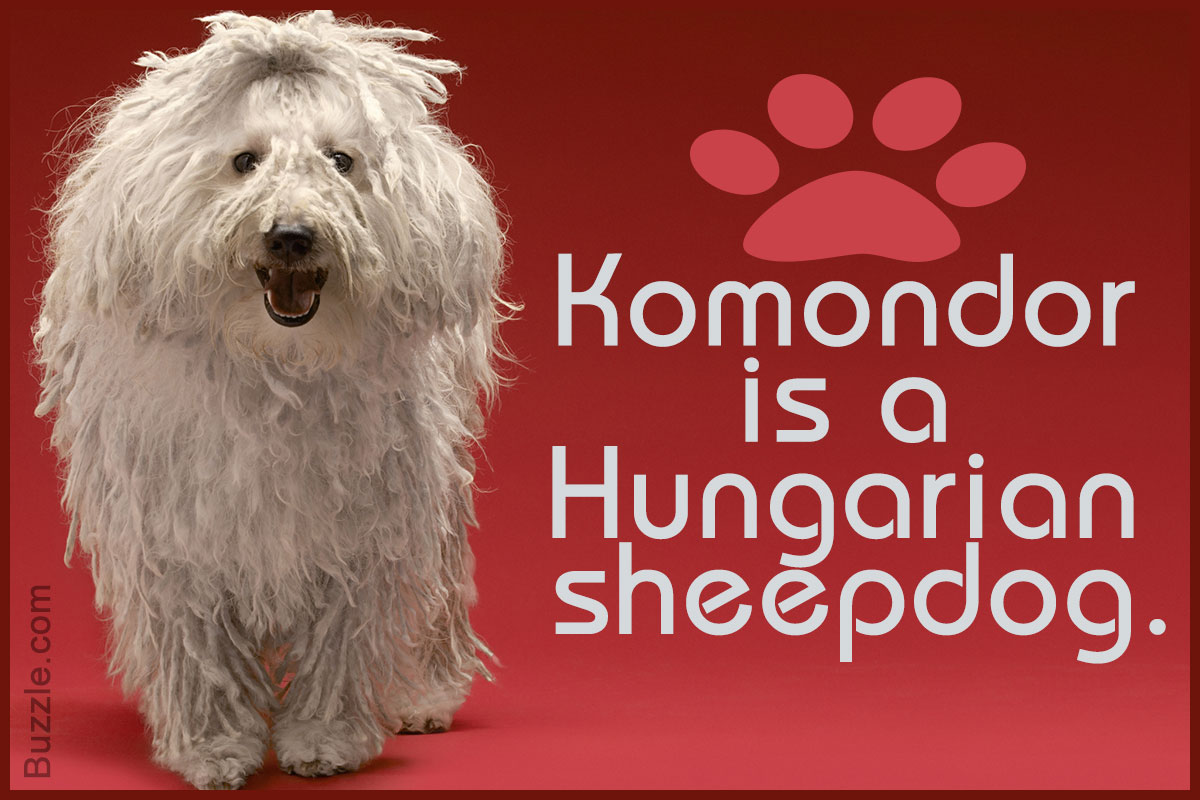 This gregarious shaggy dog is an extremely alert livestock guardian and can look like a calm sheep among the flock due to its natural white matted coat. Discover some amazing facts about the Komondor dog breed.

Due to its unruly bushy coat (unless groomed), this breed exhibits trash sticking to the coat and water soaking and dripping onto the floor from its furry ropes.

Komondors ideally enjoy protecting large livestock and hence require a large spacious home with fence preferably in the countryside. They are not suited for an apartment life as their deep booming barks may cause nuisance to the neighbors. Loyal and overprotective towards its household, this breed is not very friendly when it comes to strangers. These ‘mop dogs’ require constant grooming due to their bulky coat unless it is clipped short.

If you wish to have a selflessly devoted muscular guardian in your vicinity, then the Komondor is an ideal family dog. Given below are its interesting information and facts. 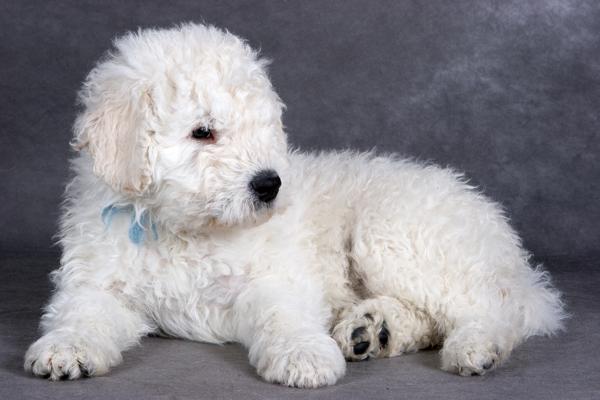 ➺ Like other giant dogs, these dogs need a large yard to run around and plenty of food. These are highly agile creatures.

➺ They are the tallest Hungarian breed with muscular stature, long legs and a short back, and the tails carried low. They have a broad head with the muzzle slightly shorter than half the length of the head and a set of scissor-sharp teeth. Nose and lips are invariably black.

➺ The word Kun is found in many Central Hungarian places and is said to have derived from Komondor or Koman-dor meaning Cuman dog. The breed is said to be the descend of Tibetan dogs and originated from Asia. They came to Hungary during 1100s along with the fleeing Cumans who left their homelands near the Yellow river to escape the wrath of the Mongols. The Cumans were granted asylum and settled in Hungary in 1239 under the ruler Köten Khan. Komondor remains have been found in various Cuman grave sites, thus supporting this theory.

➺ Another theory abounds that the Komondor breed descended from the large, long-legged Russian Ovcharka, which were brought to Hungary by the Huns.

➺ Pre-1920 the breed was categorized as a workdog. The first Hungarian Komondor club came to life in 1924. The first Komondor was introduced to the United States in 1933; four years later in 1937, the American Kennel Club officially recognized the breed. During the World War II, the breed faced near-extinction as they were killed in large numbers by the Germans. After the war, enthusiasts tried to revive the breed to its original numbers, but it still largely remained rare and obscure. Only a few Komondors existed outside Hungary until after 1962.

➺ They are generally a healthy breed but at times they may be prone to maladies such as hip dysplasia (a degenerative disease which occurs due to a weakened hip joint generally due to an abnormal growth), stomach bloat and skin problems.

➺ During the puppy stage the coat has a cream or buff white shading and soft curls as the dog matures the coat turns to white and the curls develop into long dreadlocked, felt-like cords that bear a likeness to the strands of a mop.

➺ The exceptional quality of the coat allows the breed to blend in with his flock while guarding. The coat protects in extreme weather as well as from predators.

➺ The Komondor coat is definitely not maintenance-free. When the cords begin forming at eight to 12 months of age, it’s necessary to keep the hair clean and dry so that it doesn’t get dirty or discolored. The cords must be branched on a regular basis to forbid matting and to remove debris, dirt, and parasites. Trimming the locks around the mouth is advised to avoid tarnishing from food. Bathing and drying a Komondor can turn out into an all-day routine, floor fans being excellent for post-bath drying. Although trimming of the coat to a short length is advised it might take away the distinctive look and appeal of the breed. Their hair must never be brushed or combed out as they never shed too much. Avoid making them sleep outside as that might affect the health of the coat.

➺ Other grooming includes dental and nail hygiene. Brush the teeth at least two or three times a week to remove tartar and bacteria buildup. Trim the nails once or twice a month, as required.

➺ An intelligent breed that requires plenty of mental and physical stimulation, they are pleased in a work setting where they can protect the livestock and run around.

➺ Although they might be calm and serene indoors in an urban setting, they need to be disciplined into not barking too loud. Also without proper exercise they tend to get bored. Daily long walks and playing around in the yard or garden can make them independent and smart.

➺ They are not well-adapted around other pets especially dogs, although they might be trained to accept other pet’s presence.

➺ Although they are protective around children from the household, they are best suited for homes with older children who can interact well with the breed.

While adopting this particular breed, it is advisable to take guidelines from the Komondor Club of American Rescue for better knowledge and for obtaining a pure breed.